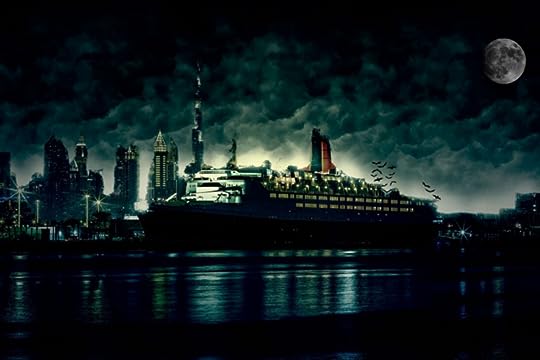 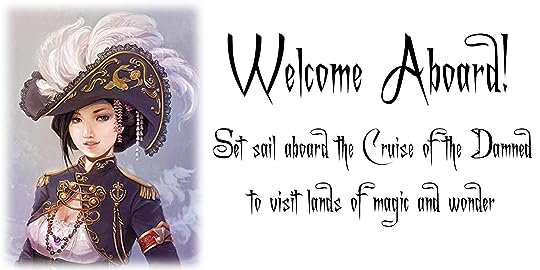 I am your captain, Lady Cordelia. Welcome to my ship the Night Voyage. On our cruise we will be visiting several Ports of Call for you to explore and we have some wonderful on-board entertainment for our Days at Sea.

How to Play
Each location contains 3 tasks, complete at least 2.
You can visit each in order or jump around

Cabaret Show:
♦ Read a book with a show or celebration – The Guinevere Deception by Kiersten White (Guinevere and Arthur’s wedding)
♦ Read a book about a musician or entertainer – Rock Wedding by Nalini Singh
♦ Read a book at night time – The Secret Diaries of Miss Miranda Cheever by Julia Quinn

Shop:
♦ Read a book you bought – Kindred edited by Michael Earp
♦ Read a book that you added to your TBR this year – A Slice of Heaven by Sherryl Woods
♦ Read a book you shoplifted (or borrowed from the library/kindle unlimited/scribd. Don’t actually steal anything…) – Truganini by Cassandra Pybus (ARC)

Thule:
♦Read a book at least partially set on an island – Cherish Hard by Nalini Singh
♦Read a book where a storm is central to the plot – The Stone Mage and the Sea by Sean Williams
♦Read a book with a mostly white cover – Everything is Illuminated by Jonathan Safran Foer