I love reading a paranormal fantasy story and spending it trying to guess what “being” the lead characters are. In the case of this story, I spent my whole time trying to figure out what Nate and Lily’s paranormal species was. I didn’t get it. And now, knowing what I know… I feel like it should have been WAY obvious… but oh well.

One of the things that has always disappointed me about the Women of the Otherworld series is the fact that there isn’t a novel dedicated entirely to Aaron and Cassandra. I like this version of vampires and I think that it would be much fun. But, a short story in which they make an appearance leaves me quite happy.

What a way to end a fantastic series. Although some of these stories take place throughout the greater range of the storyline, the final two short stories (and one of the novellas) in this collection bring you back to the events after 13 in some of the characters’ lives. It was incredibly sad to finish the last story (Baby Boom), but on the same token, really satisfying. After all, it’s taken me almost two years of spasmodic reading to actually complete the entire series, beginning to end.

As the name suggests, this short story is all about babies. It starts with a pregnant Savannah shopping with Paige for prams. But, as quickly becomes apparent, both Paige and Lucas aren’t interested in having children. While there are many moments that feature Savannah’s pregnancy, this story is really about Paige and Lucas, and the fact that sometimes people genuinely make the decision not to have children. Something that both Paige and Lucas agree wholeheartedly on.

Malcolm’s potential return to the werewolf Pack is left lingering at the end of Forsaken. Although it seems kind of a logical move, the ways in which Elena and Clay are able to go about this reintegration into the Pack are complex and overwhelming. Controlling a psychopath may be a good reason to welcome one into the fold, but is it really the best way to stop him from damaging others? After all, almost every member has been damaged by the Alpha-wannabe at some point in their histories.

The Puppy Plan by Kelley Armstrong

This is such a beautiful and sweet Christmas story – Logan and Kate Danvers try to find each other the perfect Christmas present.

This was yet another brilliant collection of Women of the Otherworld stories. Although I have finished the main body of novels, it has been really enjoyable to revisit much loved characters again and again and again. It’s a great way to get another fix without rereading the entire series (which I will definitely be doing at some point in the future).

Life After Theft by Kelley Armstrong

Karl and Hope are an incredibly chaotic and entertaining couple. The fact that their daughter, who is now three-years-old, is just as incredibly chaotic and energetic as her parents, is kind of a fun bonus. It is this very chaotic toddler who was the cause of Karl’s retirement. But as with the world of Women of the Otherworld, nothing ever goes as planned. Now, Karl is faced with people ruining his reputation, double crossing and questioning his future plans.

Elena’s position as Alpha is tenuous and difficult. Although her Pack may understand and appreciate that she is fully capable, the male-dominated world of werewolves doesn’t see it in the same way. Sound familiar anyone? So, an entire novella about how she handles her new role and the derogatory ways in which her Alpha-ness is approached was really beautiful. Plus, visiting a more stable, well-balanced version of Elena was incredibly enjoyable. 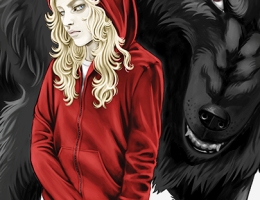 I love a good graphic novel – one that works in with a series that I love. But also that has a beautiful storyline, great imagery and, in this case, the same great sass that I’m used to in the Women of the Otherworld series. The fact that this brings us back to Reese’s predicament with the Australian pack, just makes it a much more enrapturing visual story. 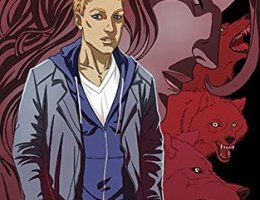