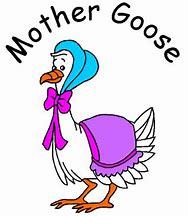 1. Georgie Porgie, puddin’ and pie,
Kissed the girls and made them cry.
When the boys came out to play,
Georgie Porgie ran away.
☺Read a book with any Young Adult OR New Adult ROMANCE book. – Beastly: Lindy’s Diary by Alex Flinn

2. All around the mulberry bush
The monkey chased the weasel.
The monkey thought ’twas all in fun.
Pop! goes the weasel.
☺Read a book with a chase scene of some sort in the story – or – a book with a sandwiched letter in the title (one letter between two of the same letter, such as PoP). – Awakening by Marjorie Liu & Sana Takeda

3. Baa, baa, black sheep,
Have you any wool?
Yes, sir, yes, sir,
Three bags full.
☺Read a book with a 3-letter word in the title (you may NOT use “the” as your 3-letter word, nor do contractions count, so “It’s” would not work). – The Alchemist’s Key by Traci Harding

4. Humpty Dumpty sat on a wall.
Humpty Dumpty had a great fall.
All the king’s horses and all the king’s men
Couldn’t put Humpty together again.
☺Read a book with lots of small pieces/items on the cover (show us the cover). – Wishful Drinking by Carrie Fisher

5. Jack and Jill
Went up the hill
To fetch a pail of water.
Jack fell down
And broke his crown
And Jill came tumbling after.
☺ Read a book with an character whose name is Jack or Jill (no other variations) – Playing with Fire by Derek Landy

6. It’s raining, it’s pouring;
The old man is snoring.
Bumped his head. And he went to bed.
And he couldn’t get up in the morning.
☺ Read a book where someone is injured (not sick or killed, but injured). – Cross Bones by Kathy Reichs

7. Little Boy Blue, come blow your horn.
The sheep’s in the meadow, the cow’s in the corn.
Where is the boy who looks after the sheep?
He’s under a haycock, fast asleep.
☺ Read a book with a mammal (animal only, not a human) on the cover (show us the cover) – Veiled Menace by Deborah Blake

8. Sing a song of sixpence, A pocket full of rye;
Four and twenty blackbirds Baked in a pie.
When the pie was opened
They all began to sing.
Now wasn’t that a dainty dish
To set before the King?
☺ Read a book with the title or author written in black lettering on the cover (show us the cover). – White Tiger by Kylie Chan

9. There was an old woman who lived in a shoe.
She had so many children she didn’t know what to do.
She gave them some broth, Without any bread,
Whipped them all soundly, and sent them to bed.
☺ Read any Children’s or Middle Grade book. – The Sword of Summer by Rick Riordan

10. Little Bo Peep has lost her sheep
And can’t tell where to find them.
Leave them alone, And they’ll come home,
Wagging their tails behind them.
☺ Read a book whose title starts with a letter in BOPEEP (disregard A, A, The). – Etched in Silver by Yasmine Galenorn

11. Lavender’s blue, dilly, dilly,
Lavender’s green;
When I am king, dilly, dilly,
You shall be queen.
☺ Read a book with an author’s name that starts with K or Q. – Skin Deep by Karen Chance

12. Peter, Peter, pumpkin eater,
Had a wife and couldn’t keep her.
He put her in a pumpkin shell
And there he kept her, very well.
☺ Read a book with a character who has a 5-letter name (tell us the character’s name) – The Blood by Marjorie Liu & Sana Takeda

13. Hey Diddle Diddle,
The cat and the fiddle,
The cow jumped over the moon.
The little dog laughed, To see such sport,
And the dish ran away with the spoon.
☺ Read a book with an animal(s) involved in the plot – After Midnight by Fiona Brand (Jess the dog)

16. Jack be nimble,
Jack be quick,
Jack jump over
The candlestick.
☺ Read a book that you finished quickly. – The Britlingens Go to Hell by Charlaine Harris

17. Little Jack Horner
Sat in the corner,
Eating his Christmas pie;
He put in his thumb,
And pulled out a plum,
And said, “What a good boy am I!”
☺ Read a book set during the Christmas holidays – The Twilight Before Christmas by Christine Feehan

18. Little Miss Muffet
Sat on a tuffet,
Eating her curds and whey;
Along came a spider
Who sat down beside her
And frightened Miss Muffet away.
☺ Read a book with 2 important words in the title that start with the same letter– Jodie’s Journey by Colin Thiele

19. Mary, Mary, quite contrary,
How does your garden grow?
With silver bells, and cockle shells,
And pretty maids all in a row.
☺ Read a book with a character who is a gardener – Dangerous Tides by Christine Feehan

21. Rub-a-dub-dub,
Three men in a tub,
And who do you think they be?
The butcher, the baker, the candlestick maker,
And all of them out to sea.
☺ Read a book with some sort of water on the cover big enough for a boat (show us the cover). – Magic in the Wind by Christine Feehan

22. Star light, star bright,
The first star I see tonight;
I wish I may, I wish I might,
Have the wish I wish tonight.
☺ Read a book with a word in the title that rhymes with LIGHT. – Dark and Stormy Knights edited by P.N. Elrod

24. There was a crooked man, and he walked a crooked mile.
He found a crooked sixpence upon a crooked stile.
He bought a crooked cat, which caught a crooked mouse,
And they all lived together in a little crooked house.
☺ Read a book with double VOWELS somewhere in the title . – Green-Eyed Envy by Kasey MacKenzie

25. Tom, Tom, the piper’s son,
Stole a pig, and away did run;
The pig was eat And Tom was beat,
And Tom went crying
Down the street.
☺ Read a book with a father and son who are an important part of the story – Beastly by Alex Flinn