The Ghost in the Doctor by Brenda Cooper

I found the idea in this short story completely intriguing. The fact that a man who is also a doctor has a slightly weird and definitely judgemental ghost sitting in his being sitting judgement on others. The fact that the consequences of this judgement are kind of severe just helped to add to my level of fascination. There were some slightly awkward moments. But it did really, really love this idea. 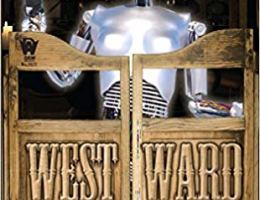 Read more The Ghost in the Doctor by Brenda Cooper

The Flower of Arizona by Seanan McGuire

Read more The Flower of Arizona by Seanan McGuire

I love that this story is a final stand… Wild West Style. The fact that it involves zombies and cyborgs just makes it so, so, so much better. And more enjoyable. And just all-round amusing.

The Last Master of Aeronautical Winters by Larry D. Sweazy

This is a fun little short story which features an illegitimate heir and cowboys. Demon hunting and secrets. It’s an interesting mix that features your ideas of a western cowboy. But also partners that with ideas of the monarchy, which kind of took me a little bit by surprise. A good read and one that I would probably pick up again.

The Temptation of Eustace Prudence McAllen by Jay Lake

I really liked the way that this story was told more in the traditional oral style. It was like a conversation with the narrator. Even including some not-so-veiled insults throughout for interrupting the flow of narration. It was really quite clever, and whilst not out and out hilarious, it was quite entertaining. And left me smiling throughout.