Welcome to Sucker Punch, lethal reform school for girls. Here you will be trained under the careful eye for Madam Gorski in the skillful arts of death and desire. Come in and meet your tutor and fellow students. 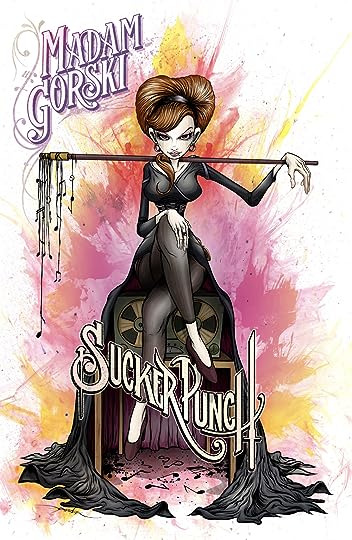 “I am going to start your music, you are safe, its all safe. Now relax, and just let go.. It’s like we talk about, you control this world.. Let the pain go… let the hurt go… let the guilt go.. what your imagining right now, that world you control? That place can be as real as any pain.”
Read a book…
1. where a character goes to a social event. – Burning Wild by Christine Feehan
2. tagged ‘romance’. – Wild Rain by Christine Feehan
3. with a female character in a leadership role. – Shadows of the Master by Emily Rodda
4. with one woman on the cover. – Fairest by Marissa Meyer
5. with grey on the cover. – Grave Witch by Kalayna Price 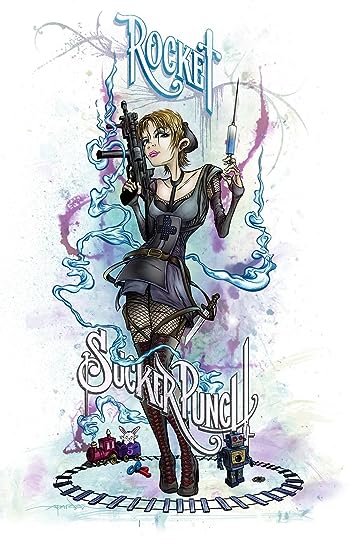 “Everybody gets a dance, a routine. We practice it, we practice it, we practice it and the men come and watch us perform and if they like what they see…. Well, that’s why we dance.”
Read a book…
1. with a female main character. – The Awakening by Christine Feehan
2. Free choice! – The Christmas Curse by Ruby Moone
3. where a character is training for something. – Poison Study by Maria V. Snyder
4. with a blue cover – Through the Looking-Glass by Lewis Carroll
5. tagged ‘military’ or ‘fantasy’. – Sekret by Lindsay Smith 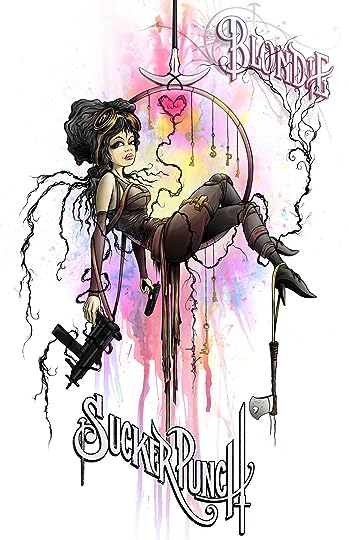 “If you do not dance you have no purpose. And we don’t keep things here that have no purpose. You see, your fight for survival starts right now. You don’t want to be judged? You won’t be. You don’t think you’re strong enough? You are. You’re afraid. Don’t be. You have all the weapons you need. Now fight.”
Read a book…
1. with a kick-ass character. – Hidden Currents by Christine Feehan
2. tagged ‘paranormal’. – Bloodlist by P.N. Elrod
3. with a colourful cover. – Winter by Marissa Meyer
4. with a title or character name that begins with any letter in “blondie”. – Dreams From My Father by Barack Obama
5. there is a death. – The Cuckoo’s Calling by Robert Galbraith 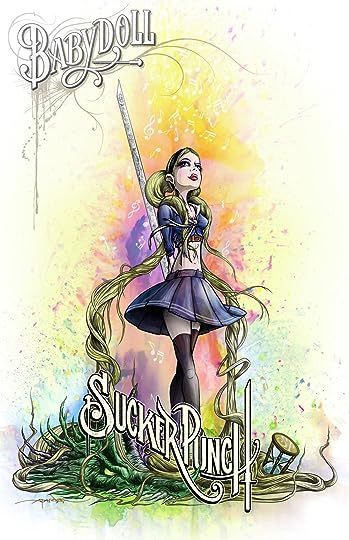 “Who honors those we love for the very life we live? Who sends monsters to kill us, and at the same time sings that we will never die? Who teaches us what’s real and how to laugh at lies? Who decides why we live and what we’ll die to defend? Who chains us? And who holds the key that can set us free… It’s you. You have all the weapons you need. Now fight!”
Read a book…
1. with a cool outfit on the cover. – Spirit Bound by Christine Feehan
2. with a knife on the cover – Assassin Study by Maria V. Snyder
3. with a dress on the cover. – Fire Bound by Christine Feehan
4. tagged ‘urban fantasy’. – Two Moons by Emily Rodda
5. with vampires. – Dead Until Dark by Charlaine Harris 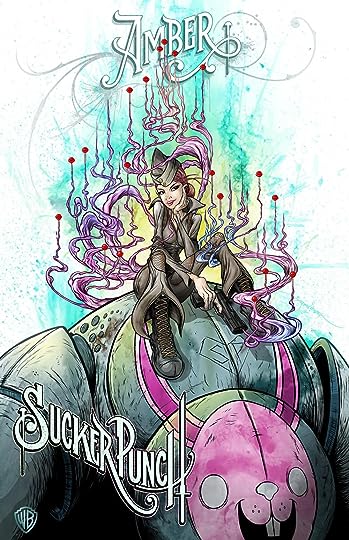 “You can deny angels exist, Convince ourselves they can’t be real. But they show up anyway, at strange places and at strange times. They can speak through any character we can imagine. They’ll shout through demons if they have to. Daring us, challenging us to fight.”
Read a book…
1. with a large being in the story. – The Elephant Whisperer by Lawrence Anthony
2. with gods in the story. – Death and Relaxation by Devon Monk
3. written by a female author. – Rowan and the Keeper of the Crystal by Emily Rodda
4. with a weapon on the cover. – Altered Carbon by Richard Morgan
5. free choice! Any book you want! – Strange Case of Dr. Jekyll and Mr. Hyde & Other Stories by Robert Louis Stevenson