I vaguely remember from French that il est ne means something like it isn’t. I think… it’s been a while since I studied French. But, if that is the literal translation for this story… it kind of works well. It’s a tale of Kitty at Christmas time, alone and without family, friends or pack. And another werewolf who is also completely alone. There is always something perpetuated as quite sad about such an eventuality. 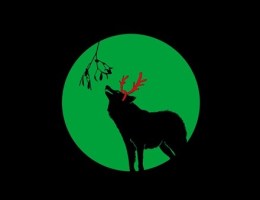 Winnowing the Herd by Carrie Vaughn

This doesn’t really feel like much of a short story. More like a little segue, look into Kitty’s daily life, managing her station manager. It did help to crystalize some of the ways in which she views the world though and highlight that before or else, she is a werewolf first and sees things in terms of animal nature of instincts. 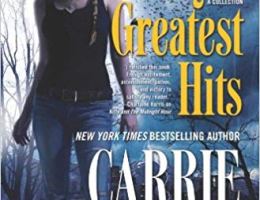 I’ve decided that I absolutely adore werewolf stories which feature gay werewolves. This is only my second. The other is the Mercedes Thompson series. There is just something that pulls me in… I’m not sure why. Probably something to do with the fact that werewolves are often used to indicate our animalistic side, which is very much associated with power and masculinity where the males are concerned… things that are not traditionally associated with gay men. Which is stupid, but that’s another soapbox for another day. The point is… I loved this.

Looking After Family by Carrie Vaughn

As a pre-story to a series about a woman who is a werewolf, I was kind of surprised to find a story about a young werewolf hunter. One that starts with the boy killing a werewolf in revenge for his father’s death and continues with his journey for revenge. Yet, I’m pretty sure that this is an origins story, one that will make a lot more sense when I meet Cormac and Bill in the full-length novels.

I don’t know much about the Spanish settlement of the Americas. Actually, Zorro is my only exposure to such a time period and theme. Which of course meant that this short story fascinated me from the outset. Especially since Ricardo was a particularly noble and honourable lead. One who was thrown into the world of the paranormal incredibly unwillingly.

A Princess of Spain by Carrie Vaughn

I only recognised that this was about Henry the VIII’s first wife, Catherine of Aragon because I read Falling Pomegranate Seeds. Which is amazing (read it). But, since I’m not all that well versed and, quite frankly, interested in Tudor History, I wouldn’t have really clicked as to what this story was actually about. Having said that, even if I hadn’t. I still would have thoroughly enjoyed it. It’s obviously a story about a historical figure, and it has a beautiful dose of the paranormal. Both things which always draw me in. Actually, I’m finding that the short stories in the lead up to Kitty and the Midnight Hour are so far beautifully able to mention historical moments that are quite well known. But in a oh so subtle way.

Read more A Princess of Spain by Carrie Vaughn

The Temptation of Robin Green by Carrie Vaughn

I don’t really know how I felt about this short story. I liked the idea, but since it was the first story in a collection of paranormal romance tales, I was expecting something a little more lustful and a lot less…well, pathetic. I wish I had a better word for Robin Green, but mostly I just found her pathetic. And kind of irritating. I’m hoping that I meet her again later in the series so that I can improve my opinion of her. 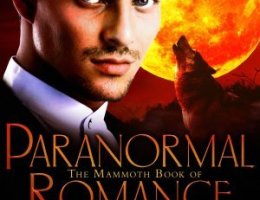 Read more The Temptation of Robin Green by Carrie Vaughn

The Book of Daniel by Carrie Vaughn

I normally don’t love stories that have a Christian connotation. Something about going to a Lutheran high school and being exposed to WAY too much of the faith for my comfort. But this story was the perfect amount of Christianity and paranormal fantasy. The more I read stories like this, the more my prejudices seem to be wiped away, or at least lessened.

Read more The Book of Daniel by Carrie Vaughn