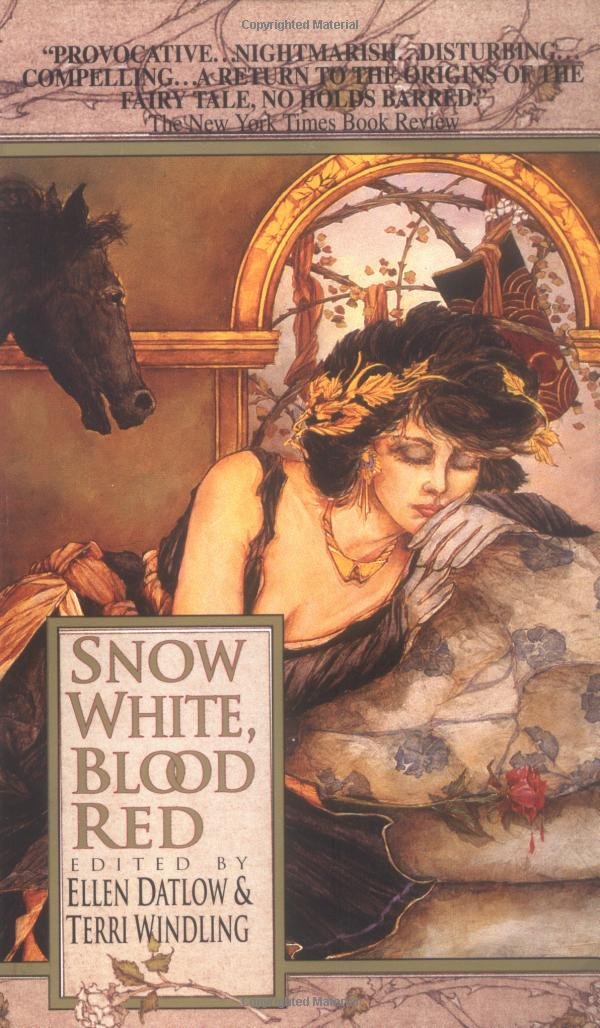 Title: I Shall Do Thee Mischief in the Wood
Author: Kathe Koja
In: Snow White, Blood Red (Ellen Datlow & Terri Windling)
Rating Out of 5: 4.5 (Amazing, but not quite perfect)
My Bookshelves: Fairy tales, Villains
Pace: Slow, Medium, Fast
Format: Short story
Publisher: Signet
Year: 1993
5th sentence, 74th page: The inn-tavern was hot, hot almost as the departed day, crowded with those with something to sell, vice or service, proferring to the retinue what did not first interest their lord.

Red Riding Hood is poor, young and, too many, a little simple. So when a predator from another town fixates on her, and follows her into the woods, you think you know what’s going to happen. But you don’t. Because this is a very twisted fairy tale retelling.

In the collection, Snow White, Blood Red, I Shall Do Thee Mischief follows directly after Little Red. And I had to put this book down after Little Red because of the ick factor. So when I found out that there was a second story based on this fairy tale. Also with a sexual component… I’ll admit that I was kind of concerned. And uncomfortable. There is only so much ick I can read before I have to change over to the happy and carefree stories. Luckily for me, although the sexuality was still there, it wasn’t so intense. Or icky.

I did have to read the last page of this short story twice to feel like I fully understood what happened. And I’m still not entirely sure if my take is “correct”. But from what I absorbed… the young girl was completely able to turn the tables on her would-be predator. And, since that’s the kind of ending that I like… I’m going to stick with it.