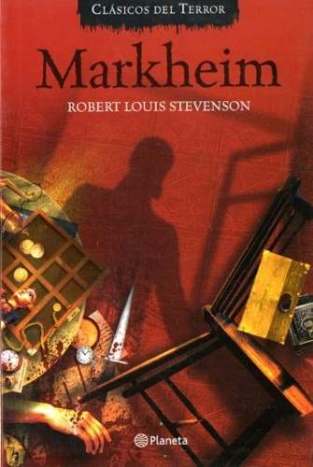 Title: Markheim
Author: Robert Louis Stevenson
In: Dr Jekyll & Mr Hyde and Other Strange Tales (Robert Louis Stevenson)
Rating Out of 5: 4 (Really good read!)
My Bookshelves: Classics, Easy reading
Pace: Medium
Format: Short story
Publisher: Kingsford Edition
Year: 1885
5th sentence, 74th page: What to expect he knew not, whether the dead man walking, or the official ministers of human justice, or some chance witness blindly stumbling in to consign him to the gallows.

At Christmastime, Markheim, the protagonist, comes to a dealer’s shop, pretending that he is looking for a present for a lady. His real plan, however, is to murder the dealer so he can steal his merchandise and money. Markheim rejects the dealer’s suggestion of a hand mirror for the lady, referring to it as a “hand conscience.” Presumably, from his reaction to the mirror, Markheim feels twinges from his conscience even before he commits the murder. While the dealer is still in the midst of assisting him in finding a present, Markheim stabs and kills him.

This might have been my favourite book in this collection of Robert Louis Stevenson short stories / novellas. Maybe because I felt like I understood the message and symbolism so much more than the other four tales. Maybe just because I liked the message and symbolism so much more. Either way, it was a short, interesting tale that serves as a reminder that we should do what is right, even when the consequences for doing so may result in our own death.

The beginning of this tale was nothing like what I expected and reinforced the idea that in the 1800s, people wrote in a highly convoluted manner. Something that I thoroughly enjoy… when I’m in the right mood for it. But, the language used in this was still clearer than some other stories from the 1800s. Markheim’s journey to return to himself is filled with moments of self-doubt, confusion and fear. Mostly for himself, but there is also a level of consciousness that ultimately helps to save the day.