I’ve lost count of the amount of times that I’ve been told ‘that’s not very ladylike’. And okay, sometimes it’s because I’ve burped epically loudly, or my maxi-skirt has been tucked into my underwear for whatever reason (a very attractive look, I can assure you). But I’ve never really understood exactly what people mean by be a lady. It is just so very, very confusing.

Alright, I know that part of being a lady is to fit into so many of the gender stereotypes that are flaunted and forced upon us – man and woman alike you know – as women, we’re supposed to love rom-coms, never pass wind or swear, and to always, always look like we have spent hours on our look. I honestly don’t know many females who are like this, do you? And regardless of how much of these stereotypes we do manage to accomplish, it’s still almost guaranteed that someone is going to tell you that you need to be a lady. So my question is, what makes a lady? Or, in more general terms, how are we supposed to be “proper” women?

If you ask some of the people that I have grown up with, a woman is someone who looks good, but not slutty (a term which I by the way hate with a firey, firey passion – a rant for another day perhaps…). As a good female, they think that you should also accept any and all behaviour from “your man” and “the menfolk”. Whether this is letting them talk the way they want in public or have boy time whenever and wherever they want. A little archaic at times – and if my boyfriend doesn’t control me, who am I to control his every action? Respect people. Respect. But I digress… 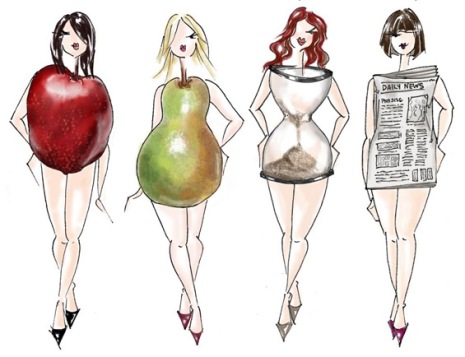 There is a flip side to this kind of attitude – the same boys who expect you to act like this also feel that women are a thing to be treasured. They are protected, shouldn’t be sworn in front of and just generally treated like a princess. And hey, who doesn’t love that? I know that I don’t mind it when I get spoilt and have chocolate bought home for me…

If I listened to the advice on Ladette to Lady, then these very English and very proper ladies would tell me that a lady NEVER swears. She does not raise her voice. A lady never speaks unless spoken to, and she most definitely has impeccable manners. According to this (in my mind) very entertaining and silly show; ladies are to practice their eloquence in the hopes of marrying rich. The end. Now, being a university magazine, I’m going to go out on a limb then and say that this definition is not quite adequate. So what else is there?

A few years ago I read ‘The Politics of Piety’ which delved into the world of Islamic women in Egypt. The ideas of womanhood and feminism is so far removed from my experiences (and even those of the author) that I honestly can’t fathom acting in this way. Wearing a hijab and operating in a patriarchal society in just the right way was a fascinating life to read about, but definitely not something that would fit my experience of ‘womanhood’.

So, what does being a lady mean?

Well, I identify as a lady. A woman. A female. And although every group, culture and subset of people have different ideas on this, I think that it’s our decision to ‘be a lady’. And that is what makes us one. Being a lady is fun – in all it’s guises. So embrace it. Be a lady. Basically just be your wonderful, feminine self. Unless you’re a man. Then you should probably stick to being a man (if that’s what you want…).